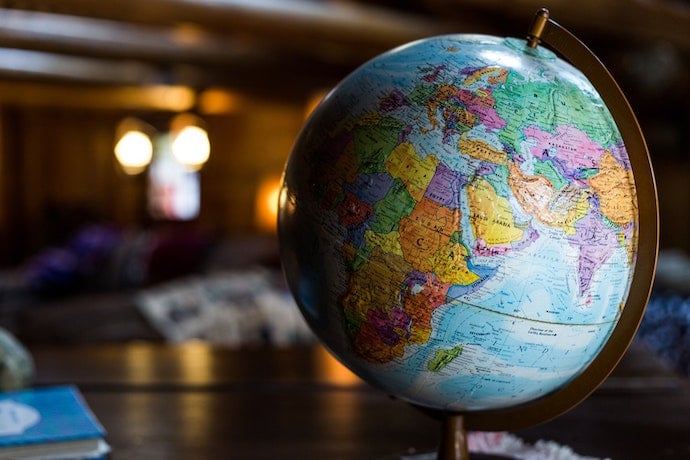 Let’s listen to the stories of 4 city representatives who are using open data to make their smart city dreams a reality.

At Data on Board on November 5, we had the chance to organize a five-star panel: Arturo Rivera, Digital Government and Open Data Policy Analyst at the OECD, interviewed four city representatives who shared their open data experiences.

Last week, the ODS team was in action at the Smart City Expo World Congress  in Barcelona, so this struck us as the perfect moment to look back at that great conversation. Ready to come along?

“Priorities have changed. We are now able to get enough distance to measure the impact open data has had on our organizations, how it has changed our cities,” Arturo started us off. Suitably, the OECD analyst was accompanied by four professionals who were prepared to share their takeaways from their experiences with open data portals.

Copy to clipboard Why did they choose to create an open data portal?

“The answer to that question is very complex,” explained Yann, representing Bordeaux. “It depends on the role of the person you’re asking.” Politicians, data producers, open data project managers – they’ll all have a different response to offer based on the issues they deal with.

Bordeaux is one of the first French cities to create such a portal. It did so in 2011, motivated primarily by the goal of transparency. “The politicians wanted to be just as transparent as their rivals. But the real driving force for my team was the desire to create new uses and new services,” said Yann.

In the case of Bordeaux, then, political motivations were quickly outweighed by broader ambitions, focusing on citizens’ well-being.

“The government of Mexico City strongly believes that data is a vehicle for public innovation,” Alejandra told us. Some of the datasets shared on the capital city’s portal are less than flattering for the government, and it is precisely those datasets that are moving public policy. “We intentionally published data that would set off public criticism.” The best example of this? Geolocalized crime data for the Mexican capital. “That episode drove the government to improve the quality and precision of its data, which resulted in positive changes to public policy.” (To learn more about this example, read our latest article).

Alejandra’s story demonstrates that taking risks with open data is a critical step towards creating a fairer city.

The Umeå portal was launched very recently (in October 2019), but this is not the Swedish city’s first attempt. It had previously established an open data portal in 2014. “The first project had been implemented by the IT department to ‘do what everyone else was doing’.” No one posted data on it, and the portal soon started gathering dust,” Maria explained. “I truly believe that this second try will do the trick, because our new portal was established in the context of a genuine Smart City project.”

“It is important to share our failures, because everyone can learn from them,” Arturo stressed in response to Maria’s comments.

The flaw in Umeå’s first portal resulted from its lack of a specific purpose or mission. Given that context, the city’s stakeholders found it difficult to absorb the data and use them for planning purposes.

Steve Scott explained to us that the Leicester City Council portal stems primarily from the desire to improve organizational transparency: “Most of the data published on the portal deals with finances, contracts, etc. But the topics are bound to expand. We are very attentive to the community’s needs and to the experiences of other cities, which can lend us new ideas to expand our portal.”

Clearly, Steve is in the right place if he’s looking for inspiration for his portal (Data on Board… )!

Copy to clipboard Now, we know you've been waiting impatiently for this part: How did our panelists measure the impact of data sharing in their cities?

According to Alejandra from Mexico City, while it is easy to measure the quantitative impact of a portal (i.e. how many datasets have been viewed and/or downloaded), it is more difficult to determine its real impact and understand how the data is being used. First and foremost, it’s a matter of listening to citizens and seeking out information. “After we published the dataset about crime, we closely followed what was happening on Twitter in order to understand the public’s perception of it, which turned out to be very positive in the end. It is always a good thing for a government to be honest, not to hide its flaws, to show that it is open to change.”

In other words, Mexico City measures the impact of its open data projects through direct contact with citizens. Nothing could be more natural, given that those projects are aimed primarily at improving their city and their lives.

Even though Umeå’s portal was opened just recently, Maria has already noticed the positive effects it will produce. “Our data allow citizens to understand certain political decisions.” An example of this? “The decision was made to close three public swimming pools last summer in order to save energy. The information available on the platform simply confirms that the decision had a significant impact on the city’s energy consumption.”

Making the data directly accessible to citizens automatically makes it easier to justify the steps that the city has taken. No doubt about it: Data is better than a long speech!

“To me, the biggest impact is the time savings that we get from the portal,” explained Steve from Leicester. “Now, we can redirect citizens’ questions to our database. They almost always find what they’re looking for there.”

The benefits of “data sharing” aren’t limited, then, to the citizens, but extend to the teams producing the data. This timely reflection led smoothly into Arturo’s next question: You have shown us how useful data sharing is for cities. What about internal data sharing between your teams ?

As we saw in our last article, Bordeaux Métropole’s team members are the primary users of their data.  “A number of services (i.e. mobile app, chatbot, website, etc.) are directly connected to our database. It is essential that all our channels deliver the same information,” explained Yann. Other municipalities’ portals also provide useful information for the Bordeaux teams. “We often use datasets related to Regional transportation, and I know that the Region uses our data as well.” Communication among the various local portals in France was facilitated by the establishment of the “Open Data France” organization. This broad community of local and national governments promotes the exchange of information and makes it possible to build all the databases from the same mould.

“France has presented a very unusual case: The open data movement here started at the local level, then expanded across various segments of society,” Arturo noted.

Alejandra agreed wholeheartedly with Yann: “I agree that we must be the primary users of our data. It’s all about thinking about the data as a shared infrastructure.” Before Mexico City‘s open data portal became available, each organization had its own IT department and its own servers. “Opening up the portal had the positive effect of centralizing information that had previously been dispersed among different organizations.”

Copy to clipboard Are their cities in the process of becoming Smart Cities?

Steve from Leicester shared the following thought: “The ODS team is giving us a lot of ideas for the future. For example, we have begun to customize our website using APIs, which make it possible to visualize the data directly in the right place.” Steve would like to see more of this in the future, making the city’s website an indispensable tool.

As for “smart city” initiatives, Steve went on to say, “We have begun working with startups involved in Smart City initiatives. My team is making an effort to look outward in search of ideas that will benefit both the city and the country as a whole.”

For the city of Bordeaux, the challenge ahead is to use data as a springboard to make smart city concepts a reality. One recent example? “We set up a Messenger chatbot that helps citizens with waste management. We have also established an app for people with visual impairments. We want to keep promoting these types of innovative, practical initiatives for citizens,” Yann told us.

And that’s just the start… “We are increasingly realizing that open data was just a first step toward many other initiatives: the creation of new kinds of jobs, a comprehensive understanding of big data, and the implementation of the essential elements of a smart city.”

The purpose of their portals is to make data transparent and accessible to citizens. Citizens are able to consult the data to get a better understanding of what is happening in their environment and use that data towards the establishment of new services.

Their teams understand the importance of a collaborative approach to thinking about data. “Countries are starting to realize that they need to consider international data strategies and emerge from their isolation.  This is a matter of organizations’ cohesion and integration, both internally and externally,” Arturo emphasized.

Centralizing data in a single platform has not only helped them become more efficient, but also to cross-reference valuable data. The merging of data from different channels yields innovation.

The foundations are all there, and we are excited to witness the development of these pioneering cities. Many thanks to Steve, Alejandra, Maria, and Yann for sharing a bit of their stories with us through the engaging discussion that Arturo facilitated.

We’ll be back soon for more “datadventures”!

You may also enjoy these articles 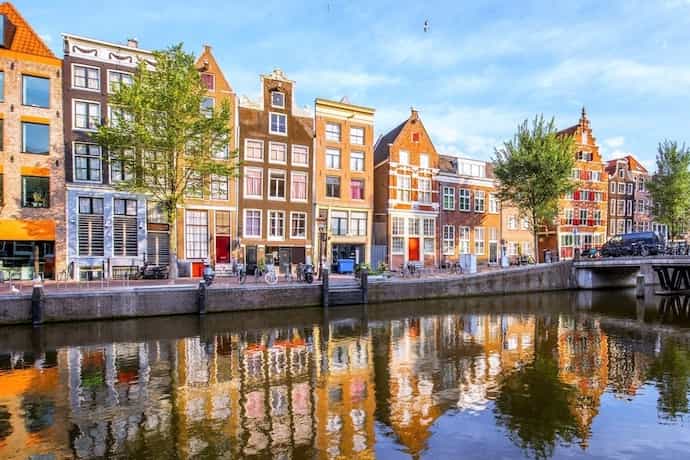 Read this article to learn about Amsterdam's Energy Atlas project and how the city uses urban data to build a more sustainable city. 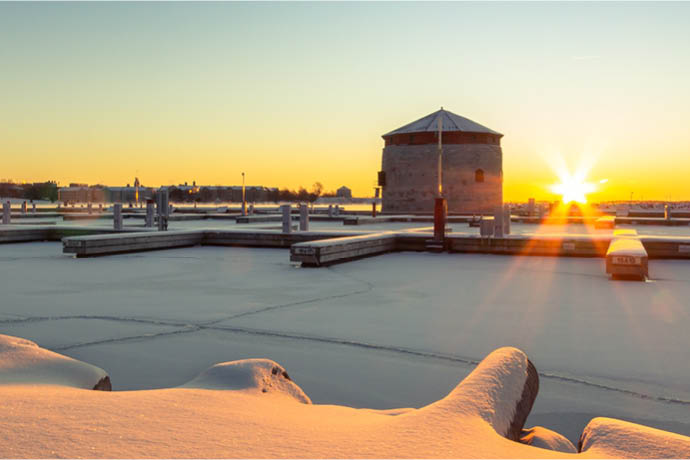 Interview with Scott Tulk: A New Data Portal for the City of Kingst...

Earlier this year the City of Kingston (Canada) launched a new data portal and we organized an interview with Scott Tulk, Technology Solutions Architect in Information Systems and Technology, to learn... 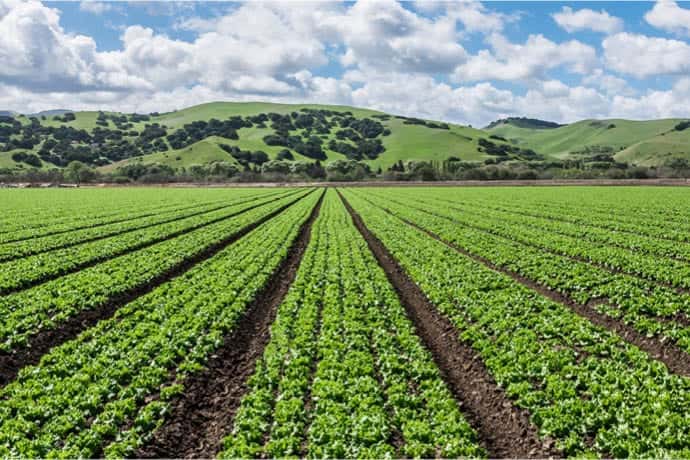 The City of Salinas Launches its Open Data Portal

The City of Salinas (CA) and Opendatasoft announce the launch of a new data portal to address the city’s accountability goals. The data portal, developed on the Opendatasoft platform, will provide a...