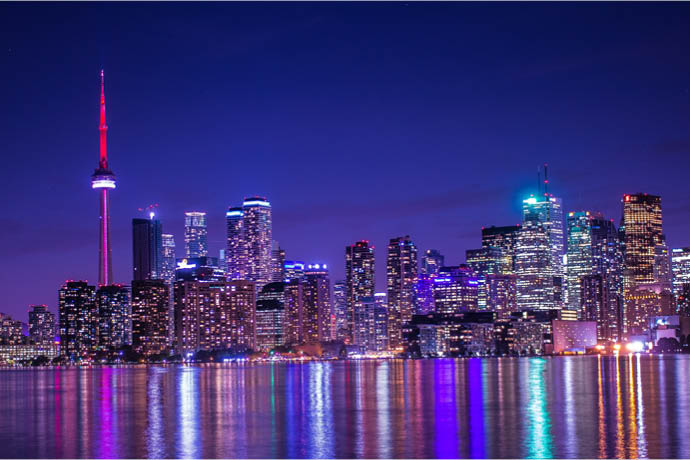 The Toronto waterfront (Quayside) may be redeveloped as a residential and commercial neighborhood largely through the involvement Sidewalk Labs, an Alphabet subsidiary company. This blog post looks at the data governance issues that the project raises.

Much has been written by now about the agreement between Waterfront Toronto, a quasi-public agency, and Sidewalk Labs, an Alphabet subsidiary company. Sidewalk has received conditional approval to redevelop an underutilized portion of Toronto waterfront (Quayside) as a residential and commercial neighborhood and proving ground for smart cities technologies. This post looks at the issues of data governance being raised by the project. We note where details are already public and the many questions that remain unresolved.

Sidewalk has promised to install a dense network of sensors and cameras in Quayside (and, they hope, ultimately much more of the Eastern Waterfront district), that will enable new technologies. Some of the applications Sidewalk has suggested for data from these sensors will be familiar to technologists: pedestrian responsive street and traffic lighting, ride-sharing, and real-time transit data, to name a few.

Others are newer, especially in the area of transportation. For example, Sidewalk has indicated it will collect granular data about the movement of persons through multiple types of transit, including walking and cycling, under varying weather and traffic conditions. This information will enable transit operators to optimize service delivery. When aggregated, it will help Toronto to much more accurately model the impacts of construction, high-traffic events, new routes, or disasters on public safety and mobility. It will also power “modular,” adaptive streets that reconfigure the amount of relative space available for pedestrians and vehicles as needed.

Sidewalk has suggested that transportation related technologies will be available as platforms upon which entrepreneurs can build. According to the RFP response, “Sidewalk plans to incorporate all Quayside-specific services into an API that can surface these options in a variety of navigation apps, such as Google Maps and Transit App.”

Alyssa Harvey Dawson, Sidewalk’s General Counsel and Head of Legal, Privacy and Data Governance, said Sidewalk is committed both to privacy by design and open data. “Open access encourages participation, innovation, learning, and improvements while also discouraging lock-in around specific products or companies (including our own),” said Harvey Dawson by email.

Fundamentally, the depth and breadth of data collected will enable ongoing re-invention of public spaces to better match the interests of the community.

Many are interested in the question of who gets to decide how to use the information collected from these sensors. The recent Plan Development Agreement, though careful to leave much open, suggests Sidewalk views itself as the natural owner of some of this data, although it also acknowledges the possibility of Waterfront Toronto or one of the three levels of Canadian government (city, provincial, federal) owning “non-personal” data.

Sidewalk has pushed the idea of a “data trust,” however, to help make decisions about data sharing. It has suggested that community members would form part of the leadership of such a trust, although key details about its composition and powers have yet to be developed.

In her email, Harvey Dawson suggested such a trust might “guide” decisions not only how data is used and where it is stored, but also on what data to collect in the first place. This role would seemingly overlap with that of the Digital Technology Advisory Panel that Sidewalk has already established. This panel, made up of business executives and academics, will advise on the adoption of new technologies, and thereby affect what data can be collected. The panel is advisory, and whether the trust would have greater decision-making authority remains to be seen.

Some of the lack of specifics in Sidewalk’s proposals, including around data governance, stems, it says, from the fact that it is still undertaking community visioning. This process aims to determine what problems the community sees as most urgent—and only then decide on the data and technology necessary to meet those priorities. “For us, the first question is not what data can we collect and use but instead, what are we trying to achieve, what community problem exists and what are the ways to solve it,” said Harvey Dawson. However, the company has already made numerous commitments in the area of privacy and data governance.

Notably, Sidewalk has committed to de-identification of data by default. Those living, working, or passing through Quayside will have the choice to opt in to applications where identifiable data would be collected. Otherwise, personally identifying information will, wherever possible, be scrubbed at the point of collection.

De-identification has its detractors, who warn of the risks of “re-identification.” However, Ann Cavoukian, the academic and former Information and Privacy Commissioner of Ontario, who is advising Sidewalk Labs on Quayside, has responded that those concerns are overblown.

Sidewalk has also promised not to sell personal data to third parties or use such data itself for advertising. Yet it has also referred to the possibility of some data being treated as intellectual property in the Plan Development Agreement.

As more details emerge, these questions will hopefully be resolved, so that the full potential for privacy-sensitive open data can be realized. Get in touch with Opendatasoft if you’re inspired to learn more about data governance and how to harness the power of open data to fuel innovation in your city.

Articles on the same topic :
Governance