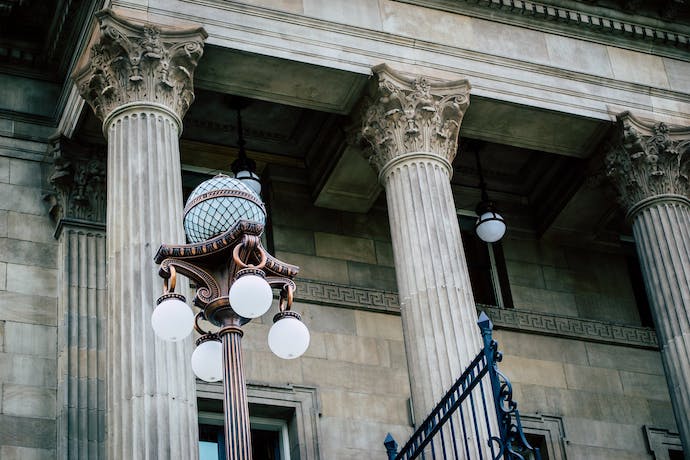 Use of force, gender violence, case backlog...these are just some of the pressing issues facing our judicial systems today. Open data can help address them while also rebuilding trust between communities and law enforcement. Find out how in this article!

Between the bustling cities of San Francisco and Sacramento, California, there is a county called Yolo (no kidding) that is famous for three things: good wine, sunflower fields, and restorative justice.

Restorative justice diverts people from the criminal justice system into neighborhood-based programs to reduce incarcerations and recidivism by reintegrating offenders in the community. To measure progress towards this goal, the Yolo District Attorney partnered with the Multi-Cultural Community Council and the NGO Measures for Justice to launch commons, a criminal justice open data portal.

The platform allows Yolo residents, community organizations and any other interested party to keep track of the referral, decision, diversion, processing time and outcome of criminal cases, with breakdowns by type of offense, defendant demographics and other filters. For example, between 2020 and 2021 the number of crimes diverted from criminal to restorative justice in Yolo County increased by 151%, while cases referred to the prosecutor diminished by 23%. This seems to suggest that restorative justice is having a positive impact on crime reduction, at least for less severe offenses (misdemeanor).

Commons is just one of the numerous open justice projects that are emerging in the US and elsewhere the world (check the PhilDAO dashboard for more open prosecution data).

What other data initiatives are there in the judicial sector? Let’s find out.

As demands for police accountability increase, more and more law enforcement agencies are turning to open data to improve transparency about their work and rebuild trust with their communities.

The town of Cary, North Carolina, for example, publishes very granular data on police incidents, including by type, location and time. Only sexual assaults, child abuse and juvenile offenses are excluded, as victims and minors involved in these crimes enjoy special protections. The data is dynamic, meaning that it can be enriched or cleaned at any time, and updated daily.

Dynamic map of police incidents in the Town of Cary

Aside from making them freely and publicly available, Cary also combines police data with other data sources to inform policy making. In 2018, at the peak of the opioid crisis, the local administration installed sampling devices within the sewage system to measure the concentrations of opioids, overdose reversal drugs and addiction treatments in wastewater. This allowed city staff to set up outreach and medication disposal services in the districts and neighborhoods that needed it the most, including those where drug abuse had gone underreported.

The city of Salinas, California, also crosses different datasets to provide citizens, decision makers and other stakeholders with useful insights on crime levels in the area.  In the safety section of Salinas’ open data portal, for example, you can find a heat map indicating the neighborhoods where crime occurrences were highest in the 2016-2019 period. Users can then compare local and federal-level data- as shown in the graph below, crime rates have fallen for all types of offenses across the US over the past 35 years.

Authorities in the UK have embraced open data too, centralizing the information from 43 geographic police forces of England, Wales, and Northern Ireland in one place, the Data.Police.UK portal. The system works like this: police forces upload the data to the National Digital Team server; the Team performs the quality assessment and anonymization of the information; lastly, the Ministry of Justice checks the data against its court records to allow for the integration of matching information, if available. Data on crimes, court outcomes and stop & search activity are then made uniformly available in CSV format according to a common taxonomy in a single portal, thus facilitating their access and enabling their comparability.

With the number of Freedom of Information (FOI) requests on the rise in almost every part of the world, courts increasingly struggle to fulfill disclosure obligations in time. Proactively publishing judicial information as open data is a great opportunity for courts to anticipate data requests and avoid backlog.

The North Carolina Judicial Branch is increasingly transparent about its work. In the North Carolina court data portal you can find thousands of records on the total caseload over a fiscal year, the trends in file processing and their manner of disposal both at State and county level. This allows civil society, justice officials and any other interested party to track which and how many cases are filed over a certain period, to check whether they are pending or disposed and if they are disposed, to find out their outcome.

Criminal courts 10 and 13 in Argentina have also embraced this approach. The Juzgado 10 in Buenos Aires publishes information about court hearings, decisions, and resolutions on a public cloud repository, alongside data on case processing time, judicial procedures, and court staff. Most of the information is available in PDF or text format, but more and more XLSX files are being added. The latest is a dataset with a gender perspective of all resolutions taken by the court since 2016, published as part of the Spotlight Initiative on the anniversary of the Ni Una Menos movement. For each case, the dataset specifies whether gender violence occurred and if yes, of what type (psychological, sexual, economic, etc.).

In countries where institutions are not taking the lead, civil society and academia are filling the gap. In India, the Development Data Lab has developed the Judicial Data Portal, allegedly the largest open-access and machine-readable dataset on judicial proceedings in the world, containing 81.2 million cases from India’s 7000 lower courts for the 2010-2018 period. Criminal cases are matched to judges’ profiles, opening the way for research not only on criminal patterns and court caseload, but also on judge bias. In parallel, the Civic Data Lab has launched the Justice Hub, a repository of all things judicial in India, from police budgets to prison overcrowding, available in various data formats, including CSV, XLSX and PDF. 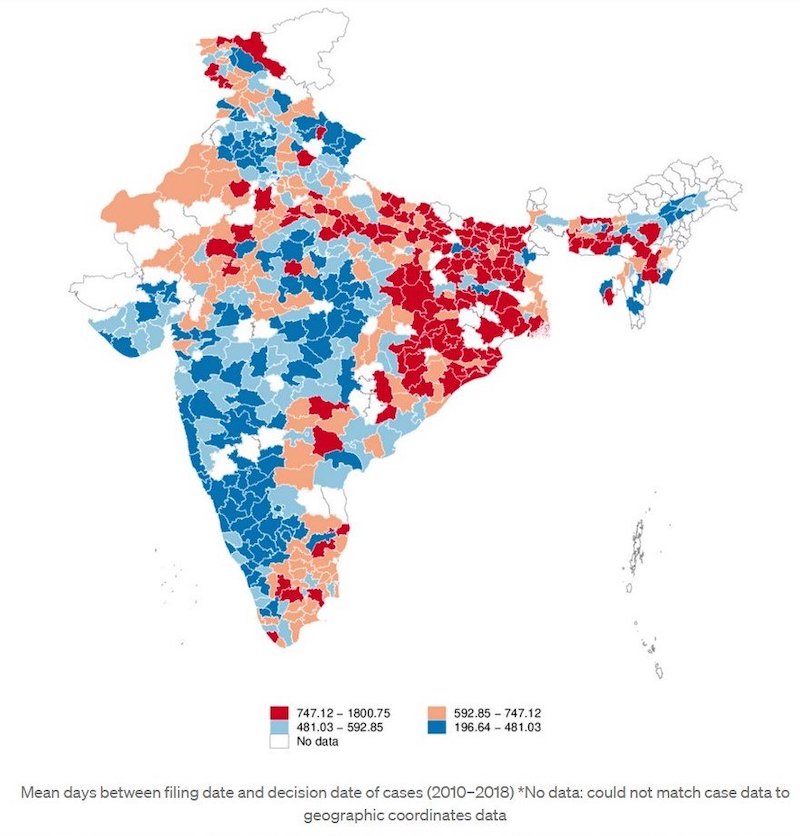 Even with all these initiatives, we are still missing bulk, open access data from many justice-related establishments, especially in civil law jurisdictions. We would also need more institution-led initiatives, making open justice data the norm rather than the exception. Lastly, efforts should be directed towards the standardization, interoperability, and comparability of data across existing databases.

Luckily, some organizations are already addressing these issues. The National Center for State Courts, for example, partnered with Measures for Justice to develop the National Open Courts Data Standard (NODS), a taxonomy that will enable the comparability of case-level data across US courts. Measures for Justice also monitors the state of data openness laws across the US and assess the performance of the criminal justice systems in 20 States.

The way towards a justice system that is open “by default” is long, but the best practices put in place by the reformers in this article show us that change is not only possible, but also desirable. 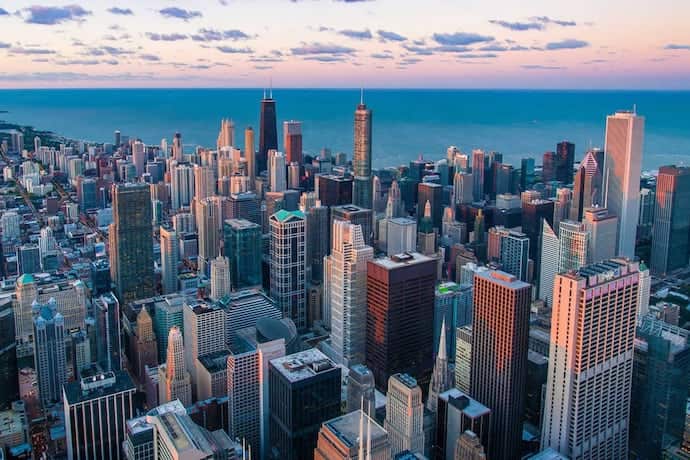 We attended the ODI Summit a couple of weeks ago, and during a training session, a very interesting dataset was showcased: crime reports in the city of Chicago from 2001 to present. 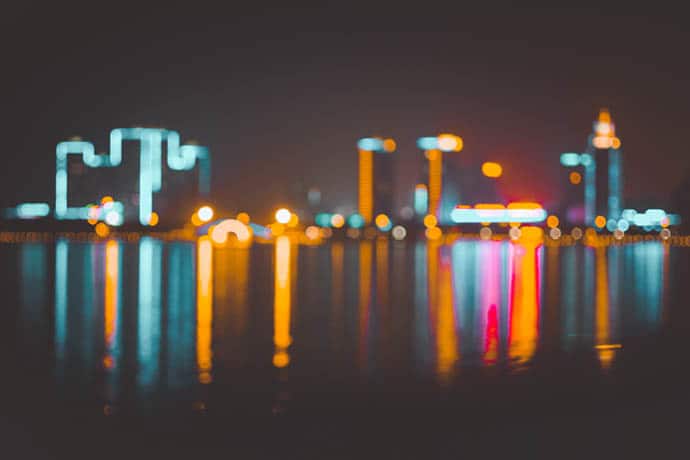 Interview with Jack Hardinges from the Open Data Institute

Do cities have access to the private sector data they need to make efficient decisions? We interviewed Jack Hardinges, Policy Advisor at the Open Data Institute (ODI), to learn more about the ODI's wo... 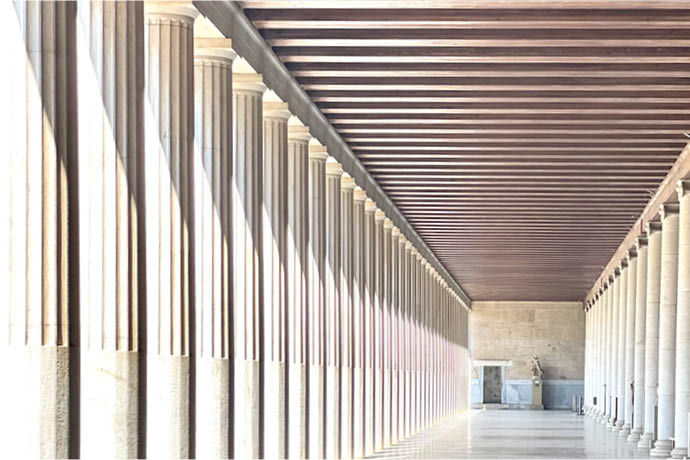 When open data proponents talk about the benefits of opening government data, they highlight the positive environmental impact and greater efficiency in government. Another gain that many municipaliti...